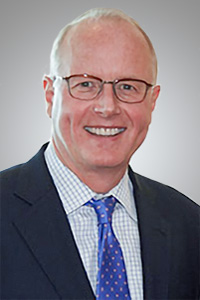 Steven Hobbs was named vice president and general counsel by the Financial Accounting Foundation (FAF) in April 2020 and appointed assistant secretary in January 2021. He previously served as outside counsel since 2019, and succeeds John W. Auchincloss, who was appointed FAF executive director.  In his role, Mr. Hobbs will conduct and oversee the primary legal duties of the general counsel’s office, including handling contracts, governance matters, managing outside counsel, and providing counsel on general legal issues facing the organization.

Mr. Hobbs brings to this work extensive experience in corporate law both as in-house counsel and at a large law firm, in addition to experience as a senior business executive.  In 2004, Mr. Hobbs, joined Hearst Corporation where he held several executive roles of increasing responsibility, including chief legal and development officer of Hearst-Argyle Television, Inc., a NYSE-listed company.  His responsibilities at Hearst culminated with his service as executive vice president, deputy group head and chief development officer of the Hearst Business Media division.

Before joining Hearst, Mr. Hobbs was a partner for 10 years in the international law firm of Clifford Chance US LLP (formerly Rogers & Wells). He specialized in securities and mergers and acquisitions and held various management positions at that firm. He represented Hearst in numerous public and private merger and acquisition transactions, including for 18 of its television stations; daily newspapers in San Francisco, Houston, and San Antonio; and Seventeen and Veranda magazines.

Mr. Hobbs earned his undergraduate degree from Cornell University and is a graduate of the Georgetown University Law Center.