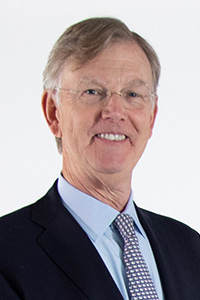 Edward C. Bernard was appointed chair of the Financial Accounting Foundation (FAF) Board of Trustees, for a three-year term effective January 1, 2023.

Mr. Bernard spent most of his career at T. Rowe Price Group, Inc. (NASDAQ: TROW), which he joined in 1988 as the head of marketing for the firm’s retail business. He was elected to the firm’s board of directors in 1999, beginning a two-decade senior executive role during a period when the firm’s assets under management grew from $269 billion to approximately $1 trillion. He served as vice chair of the T. Rowe Price corporate board (2007-19), chair of T. Rowe Price Mutual Funds (2006-18), chair & CEO of TRP International, Ltd. (2009-18) and a member of the firm’s Management committee. In these roles, he led major elements of the firm’s strategy and operations and was involved, among other duties, with global distribution, operations, client services, technology, and legal and compliance matters.

Mr. Bernard’s industry leadership roles include a two-year term as chairman of the Asset Management Advisory committee of the U.S. Securities and Exchange Commission from 2019-21 and, from 2006 to 2018, service on the Investment Company Institute’s (ICI) Board of Governors and Executive committee. He was ICI’s board chair from 2009-2011.