John C. Dugan
Board of Trustees 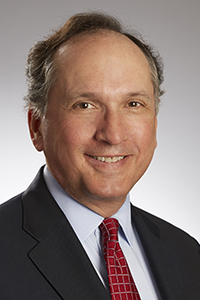 John C. Dugan joined the Financial Accounting Foundation (FAF) Board of Trustees in January 2013. His term concludes on December 31, 2017.

Mr. Dugan earned a bachelor’s degree from the University of Michigan and a J.D. from Harvard Law School.

Mr. Dugan, formerly comptroller of the currency from 2005 to 2010, recently retired as a partner in Covington & Burling LLP’s Washington, DC office, and became a director of Citigroup, Inc. At Covington, he chaired the firm’s Financial Institutions Group and advised financial institution clients on a range of legal matters affected by significantly increased regulatory requirements resulting from the financial crisis, including implementation of the Dodd-Frank Act; mergers, acquisitions, and investments; litigation, enforcement, and investigations; and international financial regulation.

As comptroller, Mr. Dugan headed the agency that supervises over 1,500 national banks and federal branches of foreign banks, and also served on the Board of Directors of the Federal Deposit Insurance Corporation. During his five-year term, Mr. Dugan led the agency through the financial crisis and ensuing recession that resulted in extraordinary regulatory, supervisory, and legislative actions for national banks of all sizes, including government assistance provided under the Troubled Asset Relief Program (TARP); resolutions of large, mid-size, and community banks; the successful implementation of regulatory “stress tests”; and the enactment of the Dodd-Frank Act. He also served on the Basel Committee on Banking Supervision as it formulated “Basel III” regulatory requirements; chaired the Joint Forum of banking, securities, and insurance supervisors; and was an active participant at the Financial Stability Board. Earlier in his career, Mr. Dugan served as assistant secretary of the Treasury for Domestic Finance and Minority General Counsel to the U.S. Senate Committee on Banking, Housing, and Urban Affairs.