Ann Marie Petach
Secretary and Treasurer, Board of Trustees 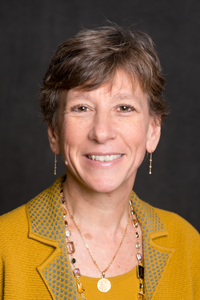 Prior to joining BlackRock in 2007, Ms. Petach was vice president and treasurer at the Ford Motor Company. She began her career in 1984 at Ford, where her responsibilities were global and included pension asset management, actuarial studies, banking, funding for Ford and Ford Credit, and risk management. In addition, Ms. Petach worked at two former joint ventures between Ford and Volkswagen, in Europe as Treasurer of AutoEuropa and in Brazil as Assistant Treasurer of AutoLatina.

Ms. Petach joined the FAF Board of Trustees in October 2012 and serves as secretary and treasurer.

Ms. Petach earned a B.A. degree in business and Spanish from Muhlenberg College in 1982 and an M.B.A. degree from Carnegie Mellon University in 1984.