The Financial Accounting Foundation’s commitment to stakeholder outreach, including policymakers on Capitol Hill, is furthered through the work of the FAF’s Washington, DC office, which facilitates high-level engagement with stakeholders and policymakers on issues ranging from particular accounting standards to the value and importance of an independent standard-setting process. 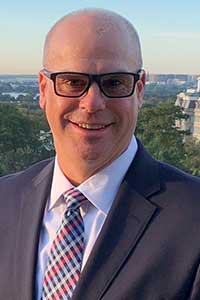 Mr. Costantino leads the FAF’s Washington, DC, office following a three-decade long career advocating for different financial services organizations and companies. His early career experiences were at the Securities Industry and Financial Markets Association (SIFMA), where he worked in different advocacy roles from 1991–2003, when the organization was known as the Securities Industry Association. He then spent six years with Merrill Lynch as director of government relations.

In 2009, Lou joined the Managed Funds Association (MFA) where he rose to his final role there as executive vice president and managing director, government relations. He left MFA in 2021 to launch Lou Costantino LLC, a lobbying and advocacy practice.

Mr. Costantino earned his bachelor’s degree in political science in 1991.
×