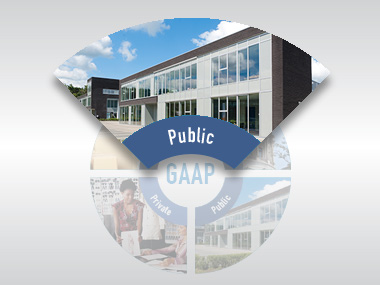 This requirement dates back to the creation of the SEC following the onset of the Great Depression, which highlighted the need for comprehensive accounting reform. Many market participants felt that poor accounting and reporting procedures for publicly traded companies contributed to the stock market collapse of 1929 and the decade-long depression that followed.

During the depth of the Great Depression, Congress enacted the Securities Act of 1933 and the Securities Exchange Act of 1934, which established the SEC. The 1934 law gave the newly created SEC statutory authority to establish financial accounting and reporting standards for publicly held companies.

By the 1970s, market participants’ thinking about accounting standard setting evolved, as they came to believe in the importance of an independent standard-setting structure.

This led to the formation of the Financial Accounting Foundation (FAF) in 1972, and the creation of the Financial Accounting Standards Board (FASB) a year later. In 1973, the SEC officially designated the FASB as the standard setter for public company financial reporting (Financial Reporting Release No. 1, Section 101). The Commission reaffirmed that decision in an April 2003 policy statement, following enactment of the Sarbanes-Oxley Act.

Through its commitment to high-quality accounting standards, the FASB is charged with fulfilling the SEC’s mandate on behalf of the U.S. capital markets.

WHY IS GAAP IMPORTANT FOR PUBLICLY TRADED COMPANIES?

Today, the need for relevant, comparable, and high-quality financial reporting is greater than ever. This applies to public companies, private companies, and not-for-profits.

The global economy is dynamic and often unpredictable, so institutional and retail investors must be able to trust publicly available financial information. Capital markets depend on companies being able to supply the market with high-quality financial information to enable investors, lenders or other providers of capital to make better-informed decisions.

Decisions about the allocation of resources rely heavily on credible, concise, and understandable financial information.

The FASB sets GAAP to meet these needs. GAAP standards are important to the efficient functioning of the economy because decisions about the allocation of resources rely heavily on credible, concise, and understandable financial information.

When financial statements are prepared under GAAP, they are based on standards developed through the FASB’s comprehensive and independent process that encourages broad participation, objectively considers all stakeholder views, and is subject to oversight by the FAF’s Board of Trustees.

This results in information that is:

The FASB is recognized by the Securities and Exchange Commission as the designated accounting standard setter for public companies. FASB standards are recognized as authoritative by many other organizations, including State Boards of Accountancy and the American Institute of CPAs (Rule 203, Rules of Professional Conduct, as amended May 1973 and May 1979). 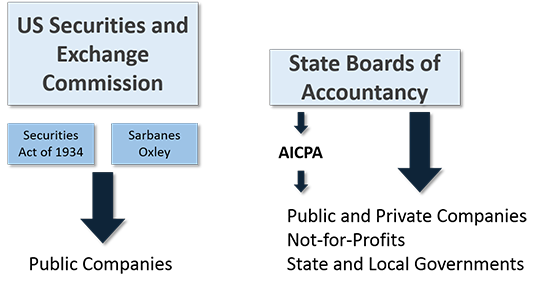 The Importance of GAAP Video