W. BRYAN LEWIS
Board of Trustees 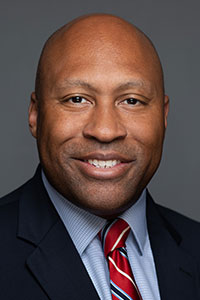 W. Bryan Lewis joined the Financial Accounting Foundation (FAF) Board of Trustees on January 1, 2022.  His term concludes on December 31, 2026.

Mr. Lewis is the vice president and chief investment officer for United States Steel Corporation (NYSE: X). He has over 20 years’ experience in both the private and public sectors. Prior to his current role, Mr. Lewis held financial oversight positions, which involved the oversight of public pension plans for the states of North Carolina, Illinois, and Pennsylvania.