Richard N. Reisig
Board of Trustees 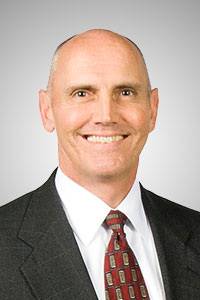 Richard N. Reisig joined the Financial Accounting Foundation (FAF) Board of Trustees on January 1, 2021. His term concludes on December 31, 2025.

Mr. Reisig currently serves as a Principal at KCoe lsom, LLP. Mr. Reisig has over 40 years of experience as an auditor and consultant on accounting, tax, and financial reporting issues working for private companies, not-for-profits, and local governmental entities.

Mr. Reisig has had extensive involvement in standard setting, including as a member of the FASB’s Private Company Council and the AICPA Auditing Standards Board, and in various leadership roles with the AICPA and National Association of State Boards of Accountancy (NASBA). He is the current Chairman of the Board for NASBA, and has served on the Montana Board of Public Accountants, including two appointments as chair.

Mr. Reisig received the George D. Anderson Distinguished Service Award from the Montana Society of CPAs and was elected to leadership roles on various civic and community boards, including Special Olympics of Montana and for multiple entities for Montana State University.

Mr. Reisig graduated from Montana State University, with a BS in Accounting in 1982.