Michael T. Rollings
Board of Trustees 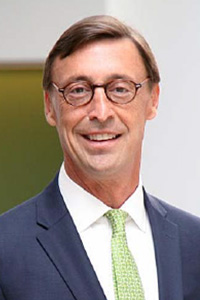 Michael T. Rollings joined the Financial Accounting Foundation (FAF) Board of Trustees on January 1, 2020.  His term concludes on December 31, 2024.

Mr. Rollings currently serves on a number of Vanguard subsidiary boards and previously served on MassMutual subsidiary boards. He has also served on several non-profit boards, including the Naismith Memorial Basketball Hall of Fame, the Springfield Museums, and the Georgetown University Board of Regents.

Mr. Rollings earned his M.M. from Northwestern University’s J.L. Kellogg Graduate School of Management in an accelerated four-quarter program in 1991. He graduated from Georgetown University with a B.A. in business administration in 1985.