Marion M. Gee
Board of Trustees 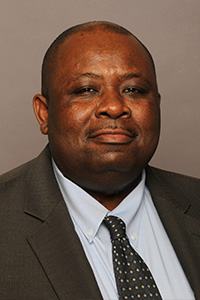 Marion M. Gee joined the Financial Accounting Foundation (FAF) Board of Trustees on January 1, 2023. His term concludes on December 31, 2027.

Marion M. Gee currently serves as the finance director for the Metropolitan St. Louis Sewer District. He has served in this role since 2015 leading the preparation of the District’s annual comprehensive financial report, monthly financial statements, and other financial documents for dissemination to the Board of Trustees, elected officials, bond rating agencies, and the public. In addition, he manages the development of the District’s annual capital and operating budgets, and provides oversight to the financial planning, purchasing, general accounting, revenue collection, and customer service departments. Mr. Gee also develops financial forecasts for the District, ensuring they are within the legal and financial purpose of appropriations and obligations. He is responsible for the development of rates, taxes, and financial plans to assure adequate revenues exist to fund the District operations. As a member of the executive team, Mr. Gee also prepares the District’s strategic business operating plan.

He has served in several positions during his career for the Government Finance Officers Association of U.S. & Canada (GFOA) including chair and vice chair of the Treasury and Investment Management Committee, and as past president. In addition, Mr. Gee has served as Audit Committee chair for the St. Louis Public School District and on the boards of several nonprofits including, Volunteers of America, United Way of Kentucky, and the Louisville Science Center. He holds a B.S. in Business Administration and an M.B.A. from the University of Louisville.