Lawrence Salva
Board of Trustees 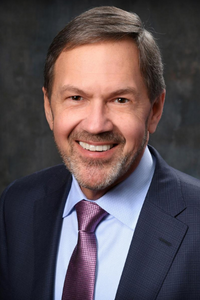 Lawrence Salva joined the Financial Accounting Foundation (FAF) Board of Trustees on January 1, 2020.  His term concludes on December 31, 2024.

Mr. Salva retired from the position of Executive Vice President and Chief Accounting Officer of Comcast Corporation in 2017 and subsequently served as Senior Advisor to the Chief Financial Officer of Comcast until June 2018. He led the company’s Disclosure and Enterprise Risk Management committees and served on the Compliance and Employee Benefits Investment committees.

Mr. Salva has served as a Trustee of the Board of Rowan University since 2012 and is currently Vice-Chair of the Board and Chair of its Audit Committee. He also serves on the Board of a non-profit organization focused upon the conservation of open space and the preservation of historical and cultural heritage in the urban environs of parts of Philadelphia.