EDWARD J. GOLDTHORPE
Board of Trustees 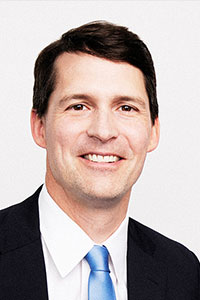 Edward (Ted)  J. Goldthorpe joined the Financial Accounting Foundation (FAF) Board of Trustees on January 1, 2022.  His term concludes on December 31, 2026.

Mr. Goldthorpe is a partner and head of Credit for BC Partners. Mr. Goldthorpe was most recently the President of Apollo Investment Corporation, Chief Investment Officer of Apollo Investment Management, and Senior Portfolio Manager, U.S. Opportunistic Credit. Mr. Goldthorpe joined Apollo in April 2012 and oversaw the Opportunistic Credit platform within Apollo aggregating over $20bn in Assets Under Management, which grew dramatically during his tenure. His most recent focus was on the Direct Origination business. He was named to the firmwide Senior Management Committee in 2014.

Previously, Mr. Goldthorpe was employed by Goldman Sachs & Co. where he most recently ran the Bank Loan and Distressed Investing Desk and prior to that was a Managing Director in the Special Situations Group, running both their Middle Market Private Equity business and the Canadian business (CSSG). Prior, Mr. Goldthorpe had worked in the High Yield Distressed business, the Merchant Banking Division and the Investment Banking Division.

Mr. Goldthorpe has previously served on the boards of SPARTA Insurance Holdings, Inc., Flatiron Re, JHT Holdings, Baxa Healthcare, Shelter Bay, Fairway Energy, amongst others, and was a board observer for First Solar, amongst others.  He currently serves on the board of Crescent Point Energy, KITS Eyecare, BC Partners Lending Corporation, Mount Logan Capital, Anthem, Broadway Technologies and Portman Ridge Corporation.